Her first research project sponsored by the U.S. Army Corps of Engineers, where she designed and characterized nanocomposite sensing skins for detecting and localizing damage in U.S. Army Corps structural assets. At the same time, she also worked on an Office of Naval Research project focusing on developing fabric-based pressure sensors for wounded warfighters and amputees, specifically, on mapping pressure distributions and hotspots in socket prostheses. This work was in collaboration with LIM Innovations, a socket prosthesis company based in San Francisco, CA and was where she interned during summer of 2019. Her PhD thesis research will build on her previous accomplishments, where she will design, test, and deploy wearable nanocomposite sensors for human motion and physiological monitoring. 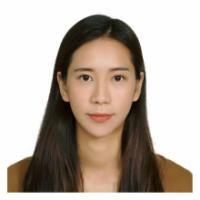