If the prospect of a mega-earthquake has you quaking — fear not, because UC San Diego engineers are making sure our world will withstand the rumble. And in addition to using the world’s largest outdoor shake table, researchers at the Jacobs School of Engineering also turned to drones to capture the damage from a simulated, largescale earthquake on a six-story, lightweight steel-frame building on the UC San Diego shake table. The goal: to determine how the structure would fare during a tremor and fires that may follow.
The structure, the tallest cold-formed steelframe structure to undergo tests on a shake table, was built to represent a multifamily residential condominium or apartment. It was placed through a series of simulated
temblors of increasing intensity that mimicked actual earthquakes.
As a better way to determine stress on the materials, the building’s performance was captured by an extensive array of more than 250 analog sensors, as well as digital cameras and aerial drones. Structural engineering professor (and CSE faculty affiliate) Falko Kuester, who leads UC San Diego’s DroneLab, used unmanned aerial vehicles (UAVs) to capture both the seismic and fire testing and create a high-resolution 3D model and video of observed damage. Engineers can use virtual reality (VR) to zoom in to see the tiniest details, such as cracks and changes in shape and color.
“This is big VR for big data and big science,” says Kuester, who also directs the Qualcomm Institute’s Center of Interdisciplinary Science for Art, Architecture and Archaeology (CISA3) and the Cultural Heritage Engineering Initiative (CHEI).
As for the building? “It could have been easily repaired,” said structural engineering professor Tara Hutchinson. “The occupants would have gotten out safely.” Hutchinson
believes the structure fared well because it is lighter than a concrete building and has less mass to generate damaging forces.
Fire was less kind to the structure, however. Plastic fixtures and hardware melted, as did several video cameras installed to capture the fire’s progression. Simulated quakes occurring after the fire tests further weakened the structure’s floors, bringing it close to collapse.
All the better to learn these effects in a test environment, however. The combination of these technologies—a one-of-a-kind outdoor shake table and powerful data visualization methods—allows structural engineers at the Jacobs School to produce an incredibly detailed digital model of the structures they test. This in turn allows them to make recommendations to improve design methods and building codes around the nation and around the world for when the Big One, or maybe the Mega One, hits. 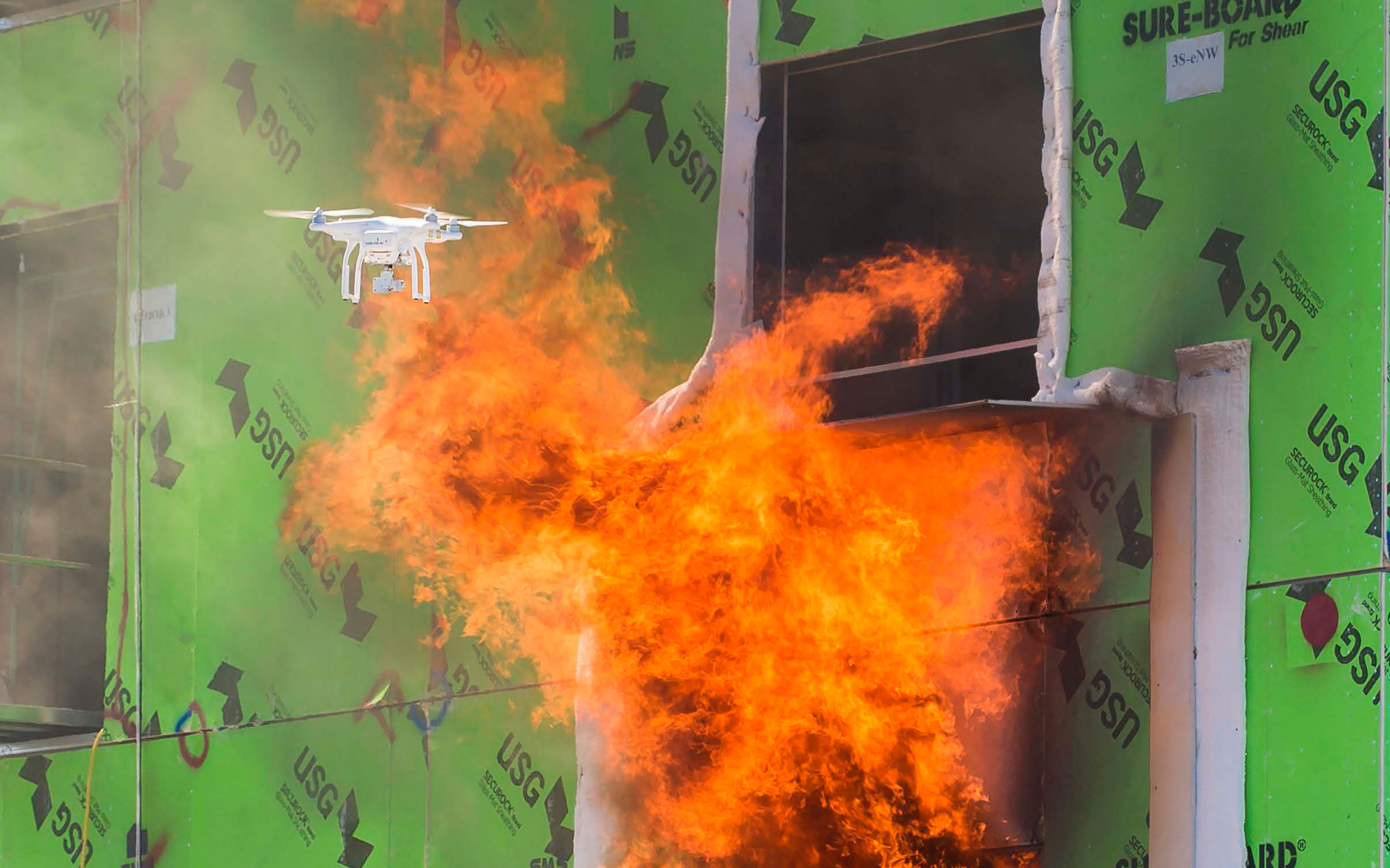 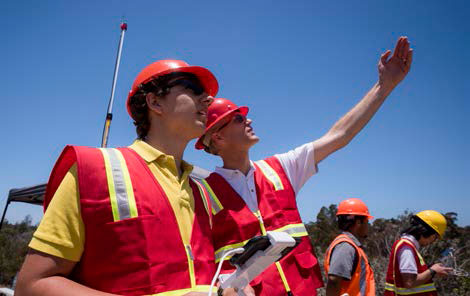 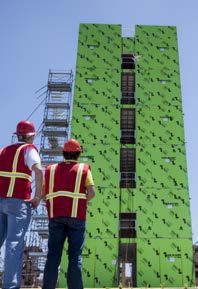