You Can't Turn Gravity Off: Case Studies of Structures Falling Down or Floating Up 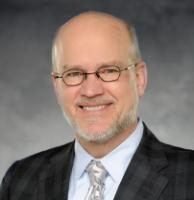 In California, design for seismic effects is typically at the forefront of the structural engineer’s mind. However, from time-to-time, gravity-related load effects result in poor structural performance. Several structural investigation case studies are presented were portions of structures have failed, or almost failed, or in one particular case, floated up, arguably under the effects of gravity. The approach to each investigation will be described and findings will be summarized.

Conrad Paulson is a Principal in Structural Engineering with Wiss, Janney, Elstner Associates, Inc. (WJE), where he has been employed for the past 35 years. He was located at the WJE downtown Chicago office for several decades, and relocated to the WJE Los Angeles (Pasadena) office about five years ago. While with WJE, he has conducted or participated in dozens of investigations of all sorts of structures that have collapsed or were damaged by various causes, including structural failure, earthquake, and fire. His earthquake-related experience includes post-earthquake collapse and damage investigations, pre-earthquake vulnerability assessments, and design for seismic retrofit and earthquake damage repair. His practice also extends to the structural laboratory, where he specializes in physical testing of steel bar reinforcement for tensile properties, fatigue behavior, headed reinforcement, mechanically spliced reinforcement, and reliability assessment. His knowledge of steel reinforcement led to his appointment as a Voting Member on Subcommittee B - Reinforcement and Development and Subcommittee R - High Strength reinforcement of the ACI Committee 318 - Building Code for Structural Concrete. He also has a passion for historical structural systems for the period from the 1880s to the 1920s, working with, in particular, structural clay tile arches, cast iron columns, wrought iron, and pre-standardized structural steel. His work with historical structural metals led to his appointment as a Voting Member on AISC Specification Task Committee 7 - Evaluation and Repair, which is responsible for developing the new specification AISC 342 - Seismic Provisions for Evaluation and Retrofit of Structural Steel Buildings, and also maintains Appendix 5 - Evaluation of Existing Structures of the AISC 360 Specification for Structural Steel Buildings. He is also a Voting member on AISC Specification Task Committee 8, AISI/AISC Fire Committee - Design for Fire.