Seismic isolation has been proven as an e ective strategy to protect critical facilities including Nuclear Power Plants (NPPs) from the damaging e ects of horizontal earthquake ground shaking. The increased exibility and resulting elongation of the natural vibration period of the structure leads to signi cant reductions in acceleration and forces transmitted to the structure above the isolation level at the expense of large displacements in the isolation system. These large displacements need to be accommodated by the isolation bearings while sustaining the weight of the structure above. Further, the isolated structure requires a large horizontal clearance at the basement level that is often limited by a moat wall that can also function as a hard stop for the isolation system. In the case of an extreme earthquake, there is a potential for impact of the isolated structure to the hard stop or failure of the bearings that can be a signi cant safety concern. Through a combination of numerical and experimental studies, current research is examining the stability of seismic isolation bearings and the e ects of moat wall impact on the response of seismically isolated NPPs. Experimental research is utilizing hybrid simulation with the SRMD facility to enable testing of full scale seismic isolation bearings under combined three dimensional seismic loads. This research is being carried out in collaboration with Professor Stephen Mahin at UC Berkeley with support from KEPCO and KAERI. 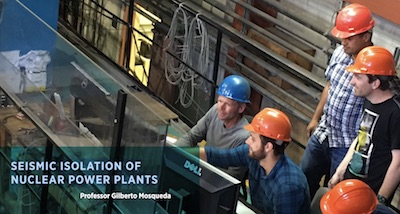 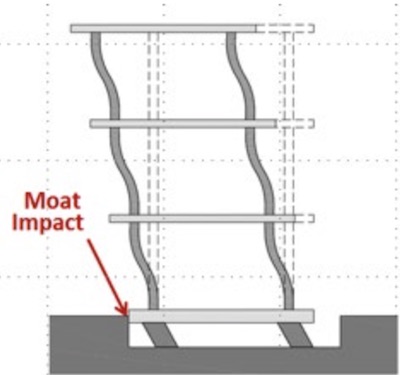 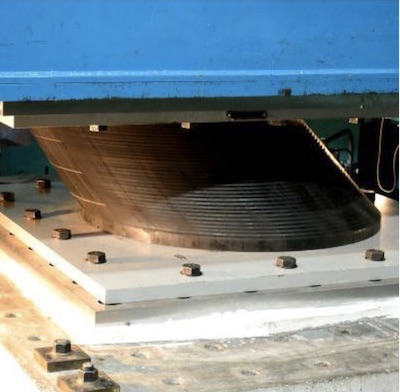 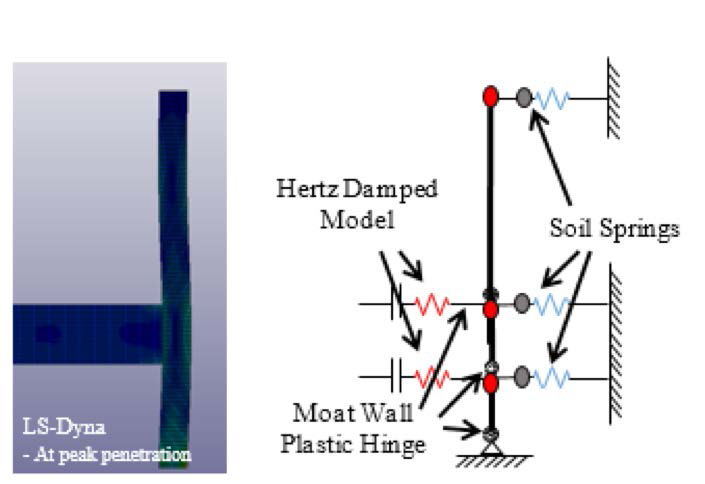