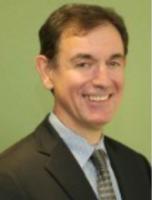 In a number of areas of application, the behavior of systems depends sensitively on properties that pertain to the atomistic scale, i.e., the angstrom and femtosecond scales. Specifically, atomistic details are important where material response is highly non-linear, e.g., at atomistically-sharp crack tips and other stress concentrators, near atomic-scale defects such as vacancies and dislocations and at other atomistically-sharp features such as free surfaces, grain boundaries and material interfaces. However, often the properties and behaviors of interest are macroscopic and take place on the scale of centimeters to meters, and are characterized by slow evolution on the scale of minutes to years. This vast disparity of length and time scales poses extraordinary challenges in theoretical and computational material science. Molecular Dynamics (MD) and Monte Carlo (MC) methods are powerful techniques to study deformation and reaction/diffusion mechanisms in systems of particles, but they are limited to relatively small material samples and time windows. While considerable effort has been devoted to accelerating MD and MC methods, no computationally-tractable atomistically-based approach exists at present for the of study slow phenomena, over time scales of the order of minutes to years, while maintaining a strictly atomistic description of the material. I will present recent work aimed at filling that gap based on Liouville dynamics. The Liouville equation provides a mixed statistical-deterministic representation of systems of particles that allows to trade temporal resolution for randomness. In particular, as the time resolution is decreased, the representation of the motion become increasingly stochastic. I will present several validation cases, concerned with equilibrium properties of alloys, heat conduction and lithiation in silicon nanowires, hydrogen desorption from palladium thin films, and nanovoid cavitation in metals, that demonstrate the range and scope of the approach. These validation cases are characterized by the need or desirability to account for atomic-level properties while simultaneously spanning time scales much longer than those accessible to direct molecular dynamics.

Professor Ortiz received a BS degree in Civil Engineering from the Polytechnic University of Madrid, Spain, and MS and Ph.D. degrees in Civil Engineering from the University of California at Berkeley. From 1984-1995 he held a faculty position in the Division of Engineering of Brown University. He is currently the Frank and Ora Lee Marble Professor of Aeronautics and Mechanical Engineering at the California Institute of Technology, where he has served as the director of Caltech’s DoE/PSAAP Center on High-Energy Density Dynamics of Materials from 2008-2013. Professor Ortiz has been a Fulbright Scholar, a Sherman Fairchild Distinguished Scholar at Caltech, Midwest and Southwest Mechanics Seminar Series Distinguished Speaker, an elected member-at-large of the US Association for Computational Mechanics and a Hans Fischer Senior Fellow of the Institute of Advanced Studies of the Technical University of Munich. He is a Fellow of the US Association for Computational Mechanics, elected Fellow of the American Academy of Arts & Sciences and an elected Member of the US National Academy of Engineering. Professor Ortiz is the recipient of the Alexander von Humboldt Research Award for Senior US Scientists, the IACM International Computational Mechanics Awards for Research, the USACM Computational Structural Mechanics Award, the ISI Highly Cited Researcher Award, the inaugural 2008 Rodney Hill Prize conferred every four years by the IUTAM and 2015 Timoshenko Medal of the ASME. He has served as editor for the Journal of Engineering Mechanics, ASCE, and for the Journal of Applied Mechanics, ASME. He is presently associate editor of the Journal of the Mechanics and Physics of Solids, the Archive for Rational Mechanics and Analysis, the International Journal for Numerical Methods in Engineering and of Computer Methods in Applied Mechanics and Engineering Journal.