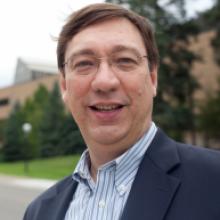 Large-span aircraft configurations become dominant when designing for high fuel efficiency and/or high endurance flights due to the induced drag minimization. The combination of high aerodynamic efficiency and low structural weight fraction leads to inherently very flexible wings. These vehicles may then present large wing deformations at relatively low frequencies, which results in a direct impact into their flight dynamic characteristics. Such conditions can have a significant effect on high-altitude long-endurance (HALE) aircraft and future highly-efficient commercial transport aircraft.

This keynote lecture will highlight the computational efforts at the University of Michigan to model and simulate the aeroelastic characteristics of these flexible vehicles undergoing large deformations. We will describe our computational framework, UM/NAST, and present examples of using it to study the behavior of some of those very flexible aircraft configurations. We will also introduce the experimental program to evaluate in flight some of the unusual aircraft behaviors that can be predicted by our framework. The unmanned aerial vehicle, known as X-HALE, has been designed to be aeroelastically representative of HALE aircraft using the UM/NAST framework. The objective of this testbed is to fundamentally understand the physics involved in the presence of geometric nonlinearities, collect unique data of the geometrically nonlinear aeroelastic response coupled with the flight dynamics in support to code validation, and as an inexpensive platform for nonlinear control exploration. An outlook on the remaining challenges and future activities will conclude the keynote lecture.

Carlos E. S. Cesnik is the Clarence L. (Kelly) Johnson Collegiate Professor of Aerospace Engineering and the founding Director of the Active Aeroelasticity and Structures Research Laboratory at the University of Michigan. His research interests are in multi-fidelity, multi-physics modeling, design, simulation, and experimentation of aeronautical systems. He received his B.S. (1987) and Masters in Aeronautical Engineering (1989) degrees from the Instituto Tecnológico de Aeronáutica (ITA), Brazil, and M.S. in Aerospace Engineering (1991), and Ph.D. (1993) degrees from the Georgia Institute of Technology. Prior to his appointment at the University of Michigan in 2001, Prof. Cesnik was the Boeing Associate Professor of Aeronautics and Astronautics at the Massachusetts Institute of Technology. He has also worked as a research engineer at Embraer S.A. He is a Fellow of the American Institute of Aeronautics and Astronautics, Fellow of the Royal Aeronautical Society, and Fellow of the Vertical Flight Society.