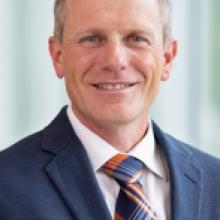 Dr. Cox is a Professor in the Civil and Environmental Engineering Department at Utah State University (USU). Prior to joining USU, he served on the faculty of The University of Texas for eight years and The University of Arkansas for six years. He obtained his Ph.D. from The University of Texas in 2006, and his M.S. and B.S. degrees from Utah State University in 2001 and 2000, respectively. Dr. Cox specializes in geotechnical engineering, with emphasis on issues related to seismic design and in-situ site characterization for major construction projects. His research efforts combine experimental field testing with computational analyses and high-performance computing for subsurface imaging purposes. Dr. Cox is a recipient of the prestigious Faculty Early Career Development (CAREER) award from the U.S. National Science Foundation and the Presidential Early Career Award for Scientist and Engineers (PECASE), which he received in a ceremony at the White House from President Barack Obama. He has authored over 100 peer-reviewed publications and has taught eight different courses at the undergraduate and graduate levels at three different universities.

Numerical earthquake wave propagation simulations, known as ground response analyses (GRAs), are commonly performed in an attempt to estimate the site-specific, frequency-dependent amplification of seismic waves (i.e., site effects) as they travel from a reference bedrock condition up through soil layers to the ground surface. The importance of accurately predicting site effects for engineering infrastructure projects in seismically active regions cannot be overstated. One-, two-, and three-dimensional (1D, 2D, and 3D) GRAs have been developed to simulate the complexity of the subsurface and seismic wave propagation patterns. However, the overwhelming majority of GRAs are presently performed using only 1D simulations of vertically propagating, horizontally polarized shear waves. This is concerning, as recent studies have revealed that, on average, recorded ground motions at more than 50% of borehole array sites are poorly modeled using 1D GRAs. While 3D GRAs are theoretically plausible, they remain largely inaccessible in research and practice due to a lack of adequate and affordable site characterization methods that can be used to develop 3D subsurface shear wave velocity (Vs) models down to depths required for ground response studies (i.e., engineering bedrock). This presentation will detail several different non-invasive seismic site characterization methods that can be used to develop subsurface models for use in 1D, 2D and 3D GRAs. Specifically, methods such as horizontal-to-vertical spectral ratios (HVSR or H/V) of ambient noise, multi-channel analysis of surface waves (MASW) and microtremor array measurements (MAM) will be discussed, and open-source tools for implementing these methods will be provided. Additionally, a new geostatistical approach that can be used for building large pseudo-3D Vs models as a means to rationally account for spatial variability in GRAs will be presented. Each of these methods will be discussed from the perspective of case history applications, including comparisons between recorded and GRA-predicted ground motions at several borehole array sites.